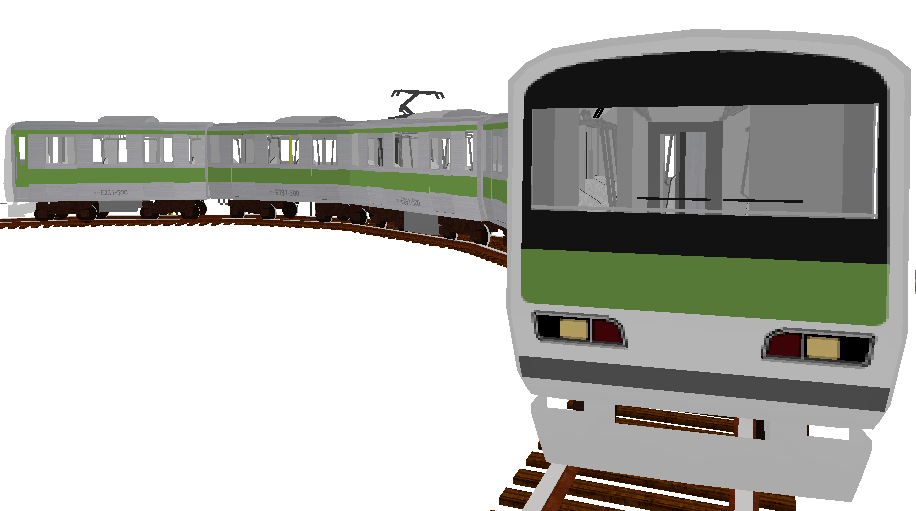 The JR E231 series modpack is a realistic model of a JR East E231-500 series train with four kinds of wagons, by default in the colour of the Yamanote line.

The mod was originally made by a mysterious (presumably) Japanese author “Mainote plants lab”. Their version is available on GitHub. A bit of development has since been done by Smacker to add more distinct icons and a nice set of motor and door sounds, and by gpcf to add the ability to paint the coloured stripe as a livery feature with the bike painer. Smacker's fork is also hosted on GitHub.