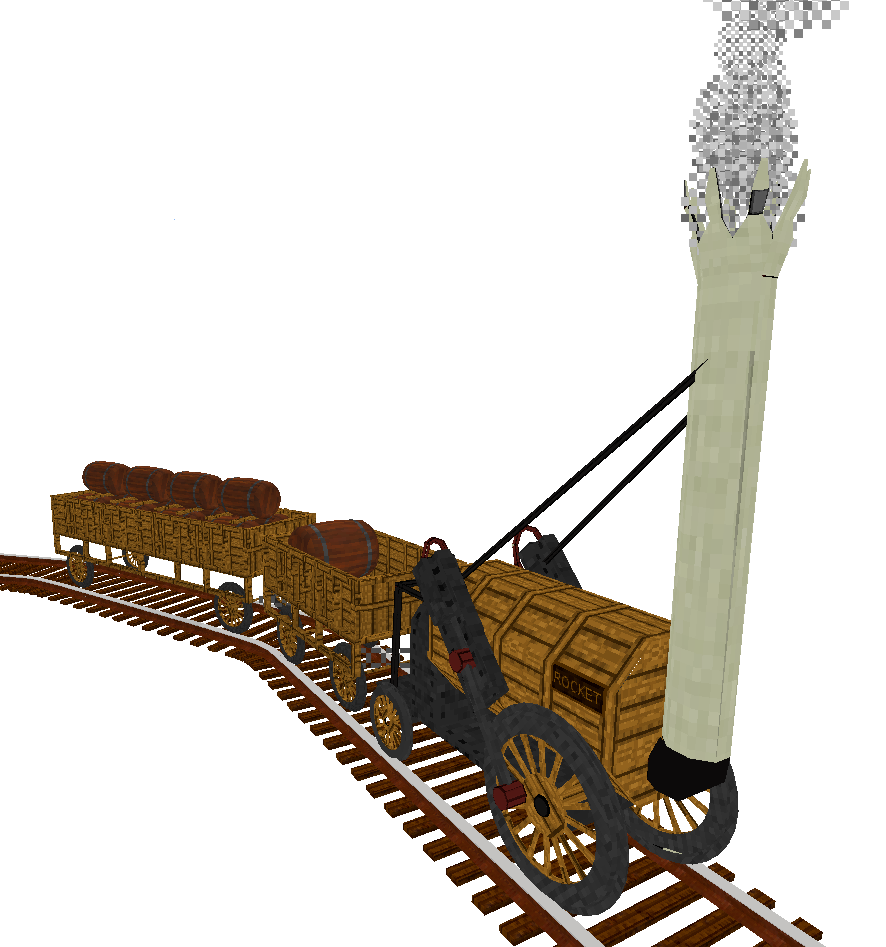 The Rocket is a model of Stephenson's Rocket, a very early steam locomotive and the winner of the Rainhill Trials in 1829. Also included is the rocket's tender and a larger open wagon in the same style.

All but one of the wagons in this mod are craftable. There are also some barrels included in the mod that act like chests; they form the load of the cargo wagons and are used in their crafting recipes.

Currently the mod is quite outdated and it is recommended until/unless the compatibility changes for later versions of advtrains and Minetest 5 are merged into mbb's repository, you should use Blockhead's fork